Managing Director of Arak Industrial Company, was elected as a main member of the new Directorate of Iran Electrical Syndicate

Managing Director of Arak Industrial Company, was elected as a main member of the new Directorate of Iran Electrical Syndicate

The report states: on the last week of July this year, the General Assembly of the Electrical Syndicate convened attended by more than 210 member companies, most of which were eligible.

As a result, Mr. Nasrallah Rahnama along with 10 others was elected by a decisive vote of the members, as the new members of the syndicate, to take the lead in Iran’s Electrical Industry Syndicate for the next three years.

Gam public relations welcomes this success to CEO and the big family of Gam, wishing them growing success in furthering the goals of this economic organization and the country’s power industry as well 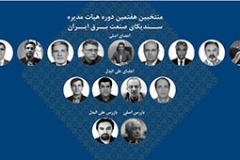 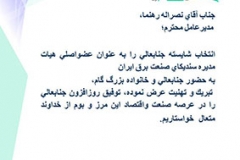 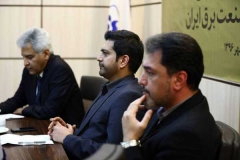 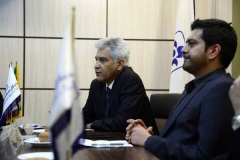 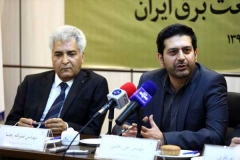