Gam Arak Co. was certified as the Superior Technical-Engineering Company of the Year (2017) in the Sixth National Festival; held annually by Deputy of Training, Research and Technology of the ministry of industry, mining and trade in Iran.

According to Gam Public Relations report, in the 6th Research & Technology Festival of the IRI Ministry of industry, Mine & Trade, held on Wednesday, December 13, 2017, and in presence of the Deputy Minister for Science and Technology, Gam was honored to be certified as the Superior Technical-Engineering company nationwide.

It should be noted that this festival is held every year on a weekly basis with the aim of selecting and celebrating scientific research centers and companies that have achieved significant innovations through scientific research and technology in the field of their productive and industrial activities. And this year, the selected companies were honored in eleven fields of activity; among which Gam Arak Co. managed to get the high rank in the technical-engineering section as well and the appreciation certificate of this Festival was donated to Mr. Babak Rahnama, the Chairman of board of Gam Co; the report added.

It is worth to mention that Gam has already acquired the title of Superior Technical-Engineering Company in the Central Provinces region for two consecutive years (2015 &2016), but this year, the company succeeded in getting this position at the country level; thanks to the endless efforts in applying modern technology to implement innovative designs. 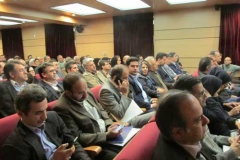 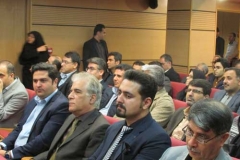 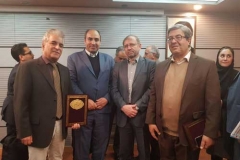 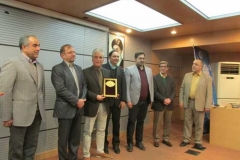 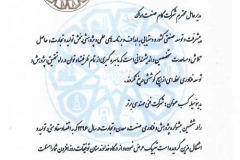