After successful typical test of the 66 kV Suspended Pole Tower(SL2-3); and according to the commitments made betweenGam and Fars Regional Electricity Co.; on design and manufacturingof the tension towers and the TL2-75 terminalfor LAR 3 project, the linear design, fittings and workshop plansof this tower were also considered on the Gam agenda.

Therefore,after presenting the technical documents to the project consultant (Quds Niroo); the final confirmation and related licenses for testing the tower were issued.

But due to the high working traffic atNiroo Research Institute and lack of a blank pad for timely test of the tower, also considering the client’s request and requirement for mass production and timely delivery of towers to the site, the engineering office of Gamissued the license for mass production of this tower prior to a test; using the modern design control tools ,modeling the finite element of the towers in the Ansys software environment, after being sureof the towers’ design and fittings as well.

However, at the end of March 2018, the tower successfully completed all the necessary tests in presence of employer and project consultant’s representatives; while cracked from the bottom flange during the destruction test,on 108% of the final forces.

The special features of this tower include using 8 meters seamless welded panels, in the form of flanges and made by more resistant materials (S420), which make it easy for the employer to install it with more ease and speed. 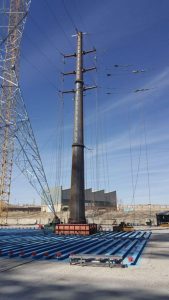 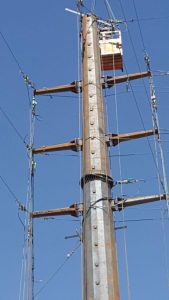 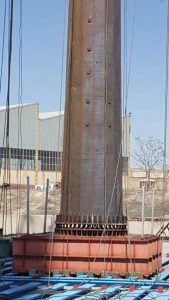 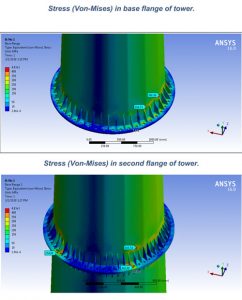 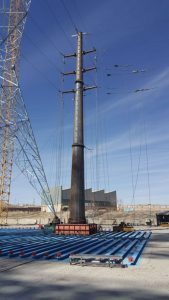 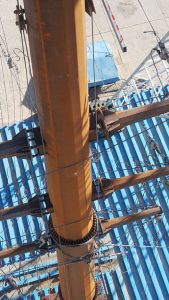 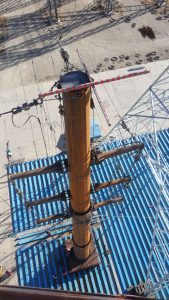